Any media, any time, any place. That's been the dream. Now it's becoming reality. 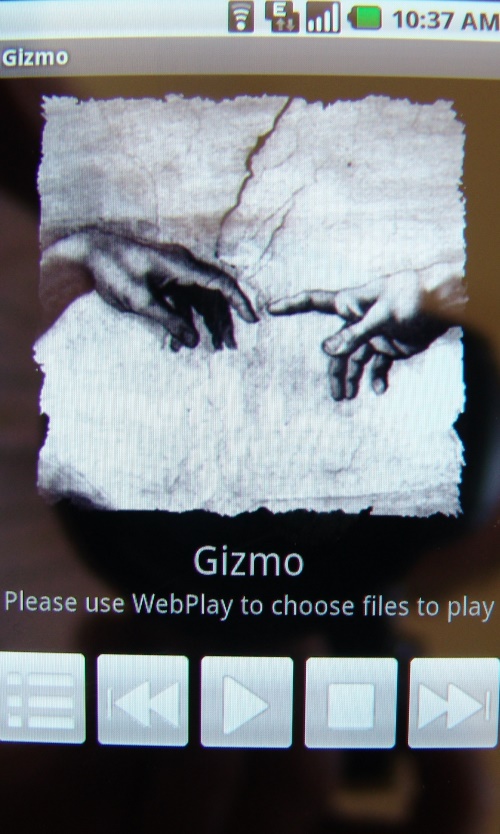 Gizmo (shown above) is an Android app that streams music or pictures from a PC running MC15.