Deprecated: This content has been deprecated as of MC14 and may no longer be valid. Please refer to Interact for additional details. 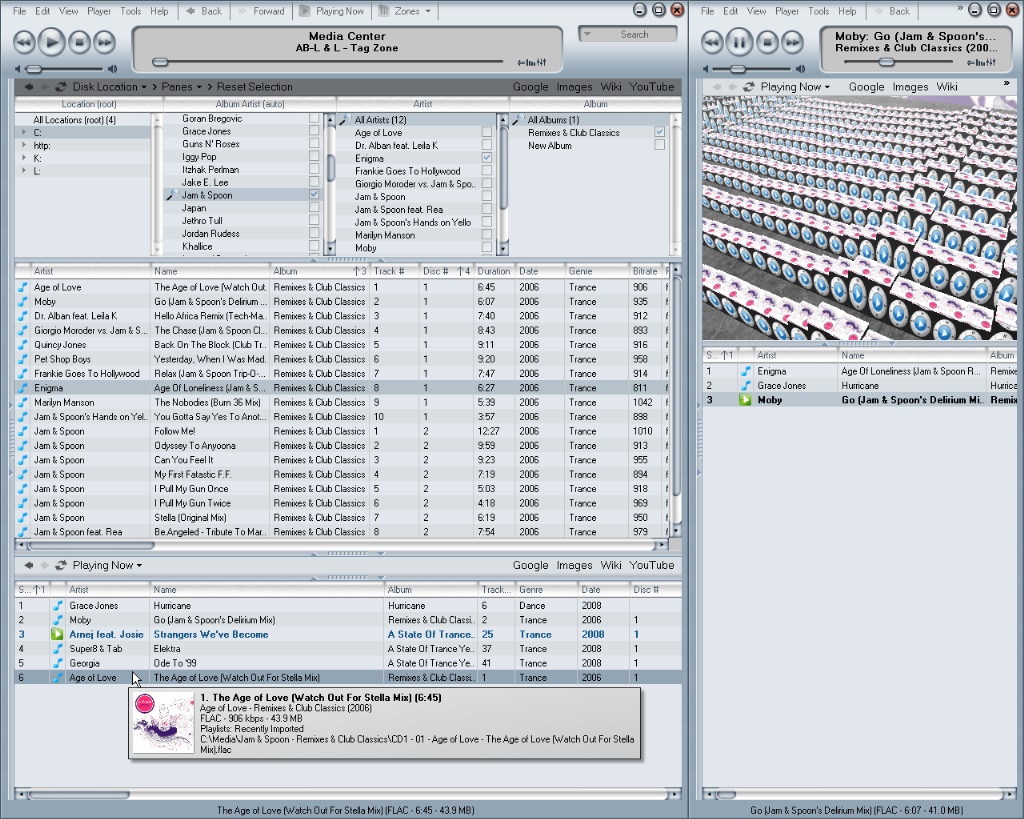 The first MC instance is on the left. It is set to use a zone that outputs to headphones. The split view option is set to two splits. The top split shows the library and Playing now is in the bottom split. I can drag files from the top split to Playing Now for previewing them. I can also double-click a file to do the same because I have set the "jump on play" option to none and double-click to add to Playing Now instead of directly playing the track. I have added the Playing Now and Zones buttons to the top toolbar, though I don't need to use them with this setup. I have hid the tree by double-clicking the divider.

The second MC instance on the right is set to use a zone that outputs to speakers. I add tracks to its Playing Now list by dragging them from the first MC instance. In addition to playing audio I can detach the display and show a visualization on a TV or projector that is connected as a secondary display.

This setup works fine with the common 1280x1024 display resolution. I selected the Z skin because it allows a quite narrow MC window (the minimum width varies from skin to another).

Thanks to Alex B for the above instructions, originally posted in this post on Interact.