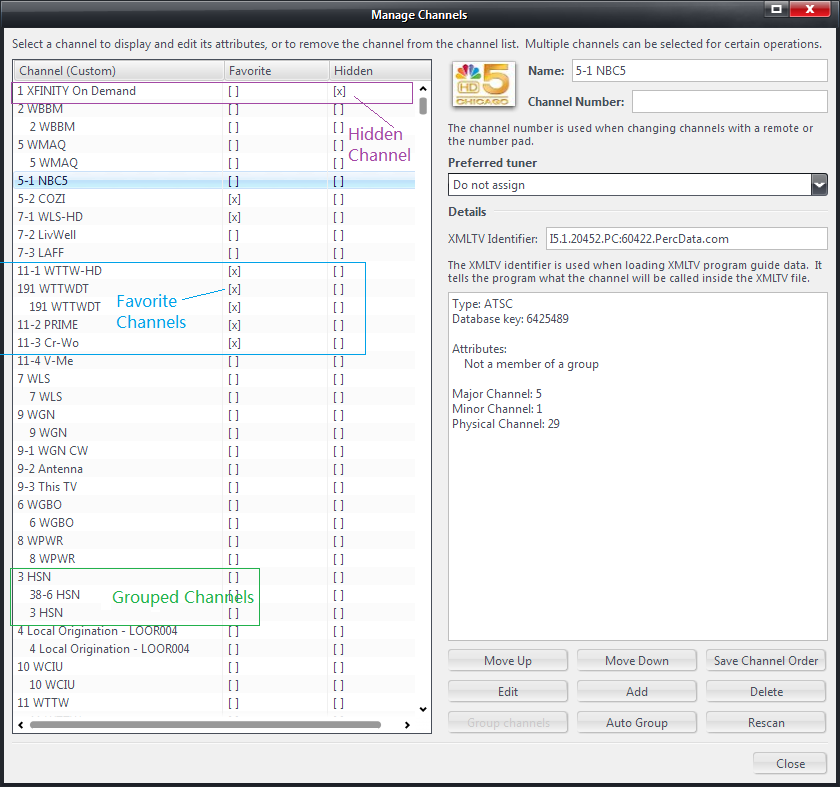 You can change the display order of the channels by clicking the channel header on the top of the list. Every click changes the channel order to the next built-in ordering scheme. The header text changes accordingly:

"Channel (123 ABC)" - Channels are sorted by channel name, without ignoring the channel numbers in front of the names.

"Channel (ABC)" - Channels are sorted by channel name only, ignoring the channel numbers in front of the names.

Besides the built-in channel ordering schemes, you can also manually change orders of channels by using the "Move Up" and "Move Down" buttons.

Note 1: When you reach a channel ordering that you like, you can click "Save Channel Order" button to make it your "Custom" ordering.

Note 2: The channels list in Standard Television view can be sorted by clicking the Channel header repeatedly, just like in Manage TV Channels window as described here.