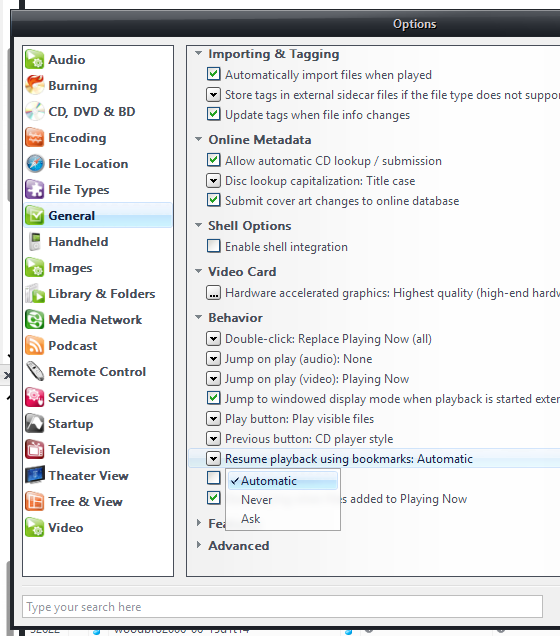 Set the [Use Bookmarking] field to override the default behavior for a particular file.
Retrieved from "http://wiki.jriver.com/index.php?title=Bookmarking&oldid=9116"
Category: